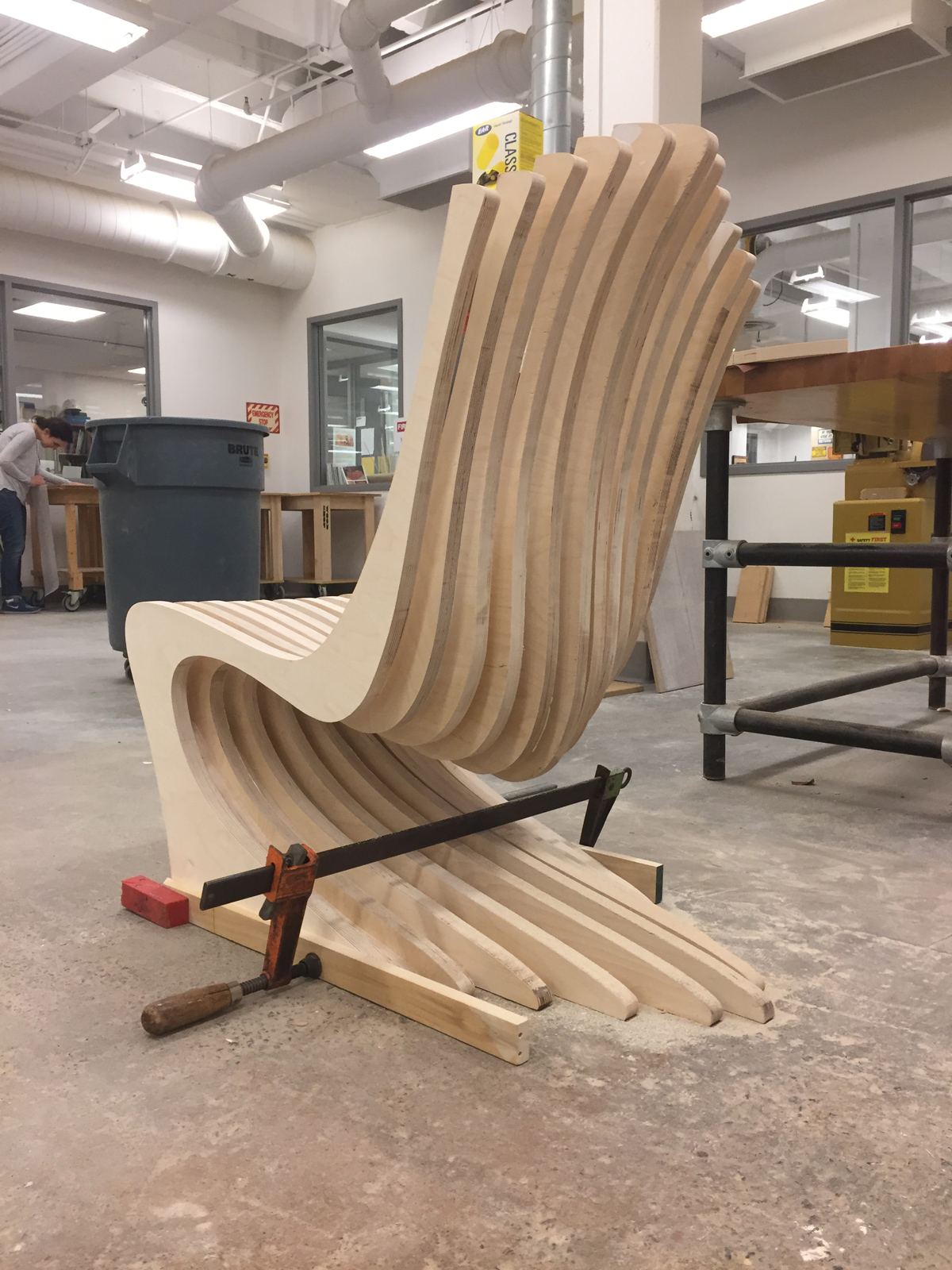 It’s refreshing to build something physical; something you can sit on, rather than click on. It’s also a harsh reality to move from digital absoluteness to a world in which one-inch plywood is really 14/16th inch plywood, and npm install is a trip to the lumberyard.

The design was inspired by Verner Panton’s 1960 Panton Chair for Vitra.

I hadn’t modelled anything in 3D for over a decade, so I tried the very mediocre Blender, the super cool Houdini and finally settled on the appropriate Fusion 360. Every one of these applications has a painful learning curve, and serious interface flaws. You can play with the final model here.

I used a ton of b-splines to define and extrude each slice. I mostly copied the curve of the contact area along the butt and back from Philippe Starck’s Ms. Lacy, because I find that chair particularly comfortable.

While I could have laser cut each slice, I wanted to do everything from here on out by hand. I used some [nesting code] to lay out the slices on 4x8 sheets of Baltic birch. I printed the slices at scale, and spray mounted the templates. I made one of each slice using a bandsaw, copied it on a router table, and then cleaned up the pair on various sanders.

With the slices clamped together, I spent hours with an orbital sander cleaning up, removing burn marks from the bandsaw and router, and smoothing mistakes I made earlier. I went through a lot of sandpaper.

Finally, I stained the chair with a water-based polyurethane top coat. Gluing the slices togethether actually proved harder than expected. Every time I tightened a clamp things shifted and a tiny shift any any of the slices is easily visible. 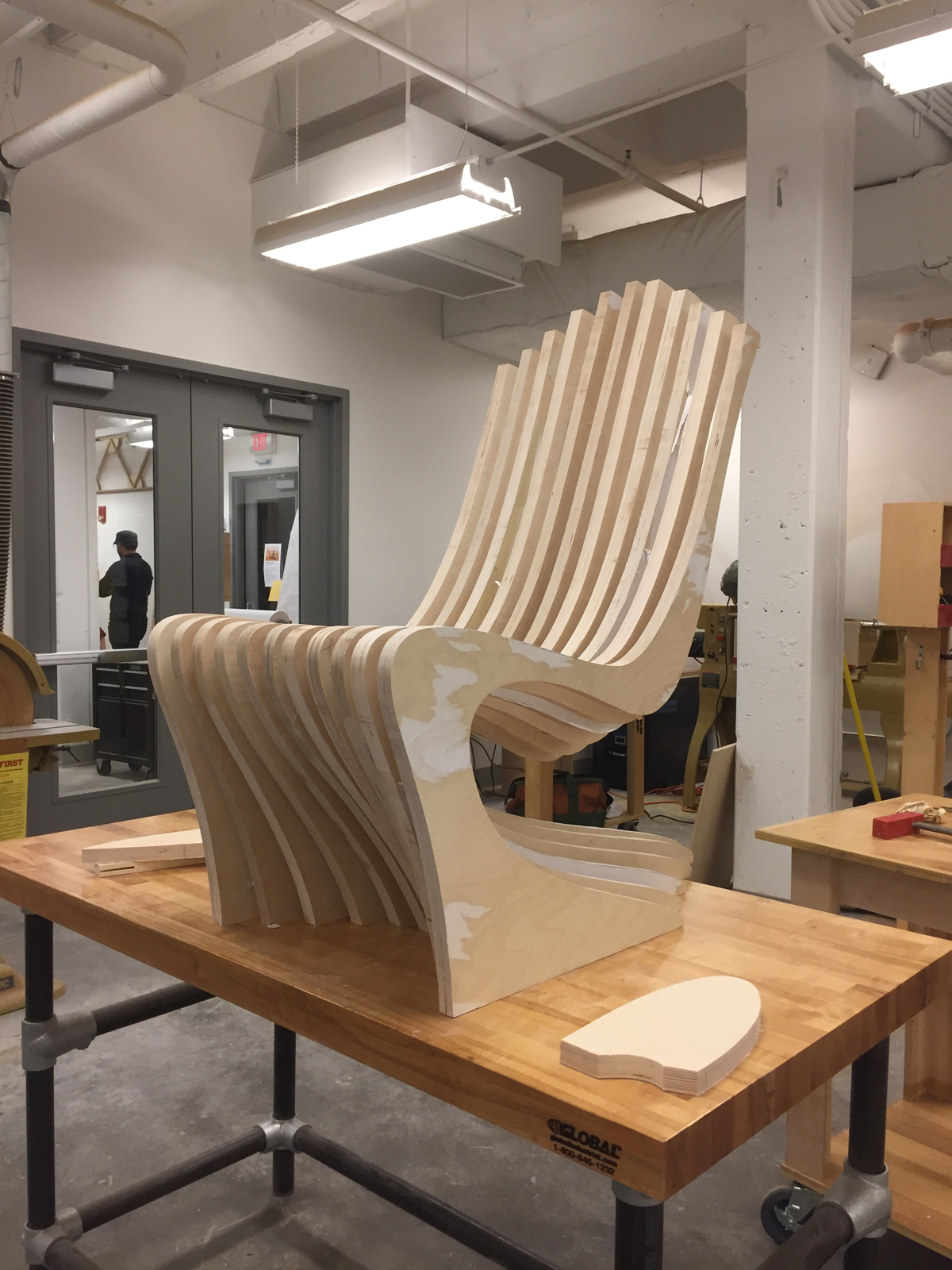 The chair weighs about 90 lbs, so I came up with a design to keep it as three modular pieces, invisibly connected underneath, but I decided to move on to the next thing rather than invest more time into an invisible element of this.

I thought a lot about mass producing this. I would update the form to achieve more efficient nesting on whatever size of plywood I have available. I would laser cut everything and I’d offer various colors. I really wanted to try a gradient, where the slices vary in saturation from 100% on one side to about 5% on the other. I’d also make the chair modular as described above, with some assembly required post shipping.

In the end, I probably spent about 100 hours on this project and I’m very happy with the outcome. 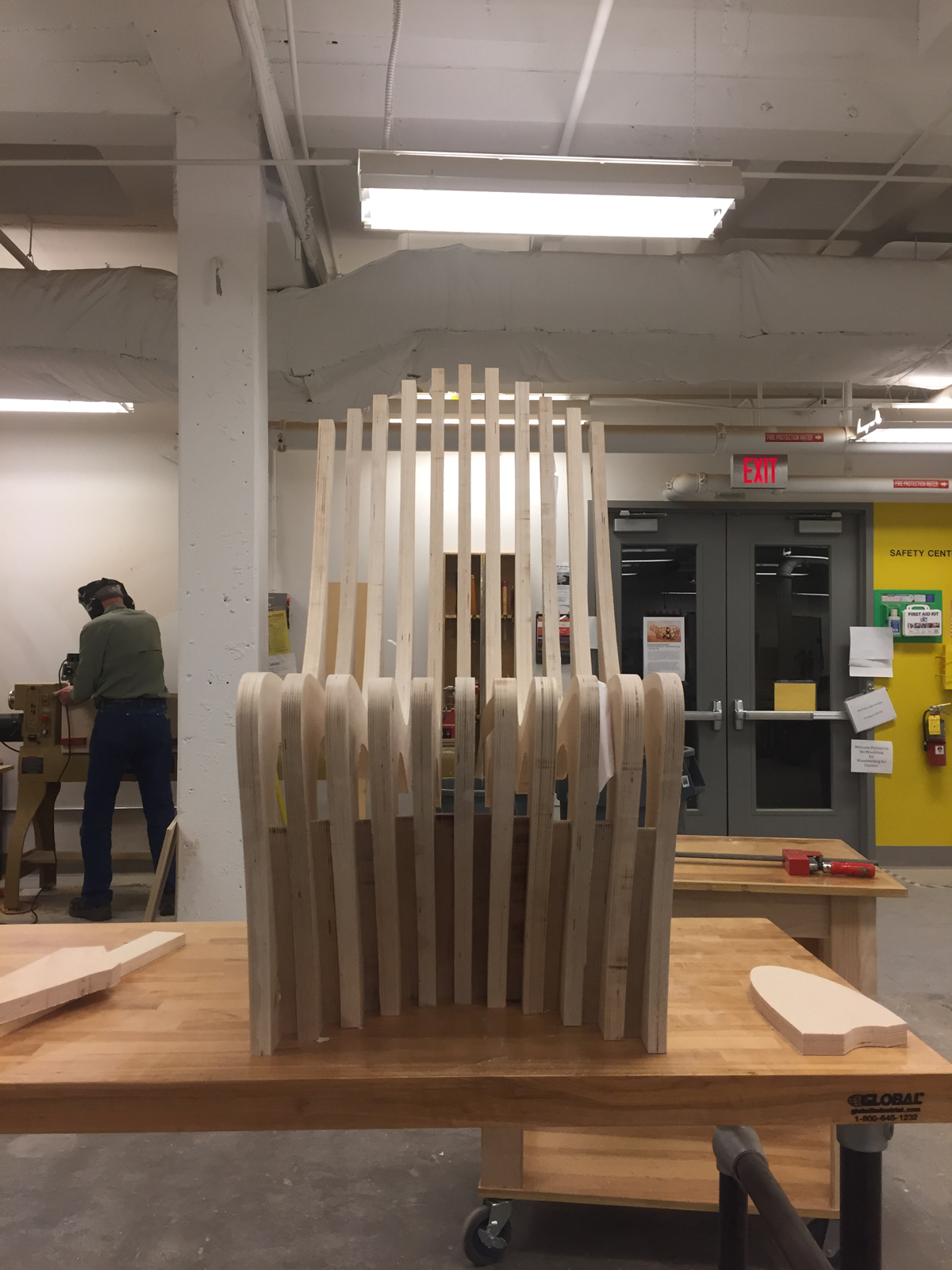 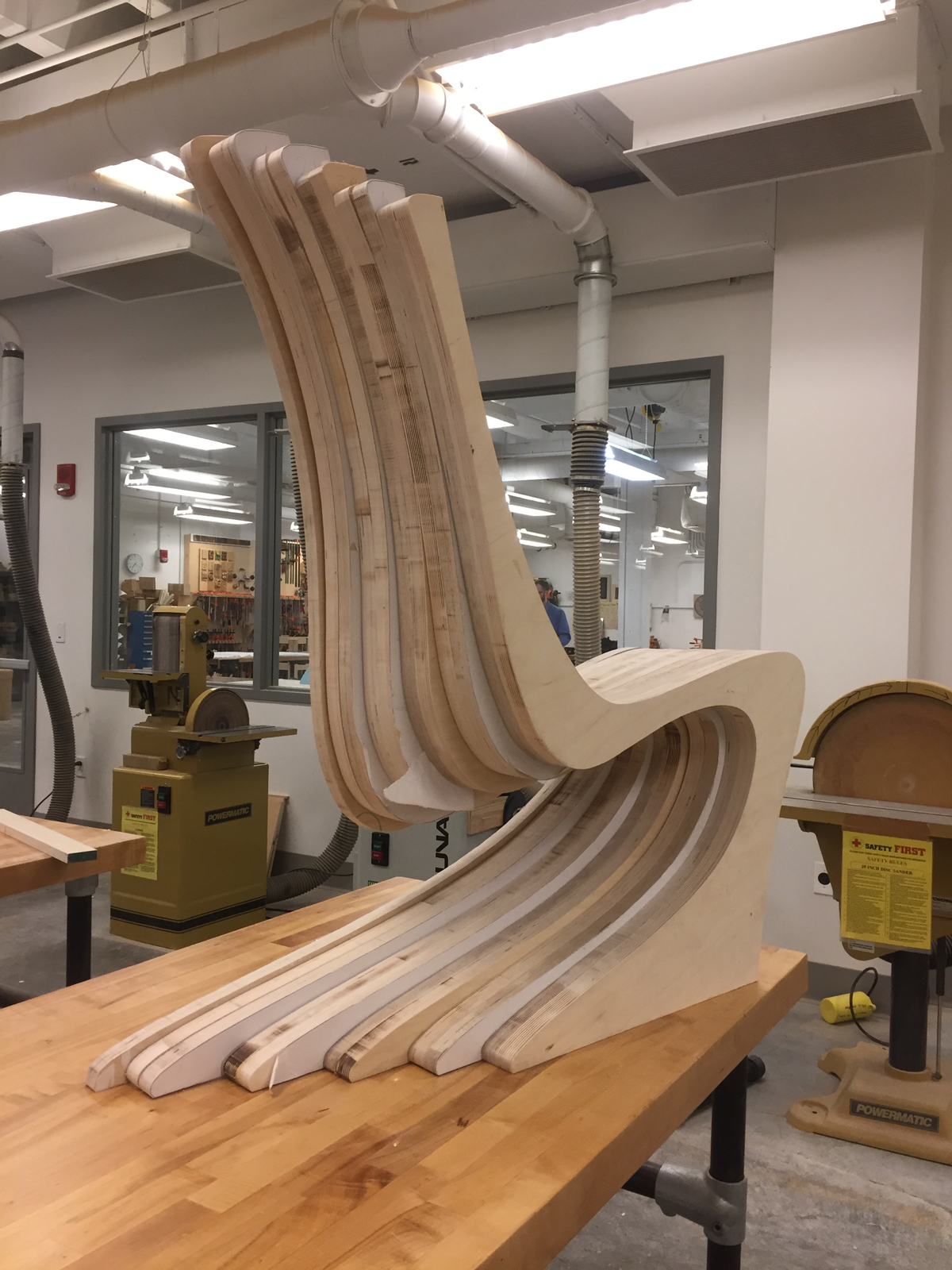